Part 1, about tactical lessons from Sweatcoin’s success, can be found here

What will attract people to a data union? How are people best incentivised to join an organisation whose purpose is to aggregate and unlock the value of their data? Back in 2019 I was part of a research project into data unions that sought to understand just that.

Gathering around 20 people for a series of qualitative sessions, each participant was given three propositions for what a data union could be. The first was ‘Data Midas’, which was, as the name suggested, all about earning money from data. Next was ‘The Data Union’, which was heavily focused on the politics of data. With images of fists raised in the air, it positioned itself as a rebellion against Silicon Valley, almost verging on a pastiche of the Parisian student movement of the 1960s. The third, was more subtle: ‘Data Buddy’, an organisation that would act as an agent to help people manoeuvre through the complexities of the digital world while also returning value to its members.

By the end, it was clear what people wanted. Politics was out – people were far too cynical about tech organisations to believe they could genuinely create systemic change. The Midas touch was nice, but simple monetisation left people unsatisfied. There was a deeper need to be met: asserting control in a world of hostile forces. And so Data Buddy came in with the highest favourability ratings.
During this summer, Pool commissioned the same team to carry out another research project. This time they surveyed 1,200 members of an existing data union, Gener8, alongside qualitative interviews with members of a few other data unions. And of course, because the questions were being asked of real, not hypothetical, data union members, the results were even more fascinating.

You can read more about the findings here, but the first thing to highlight would be that data unions have ‘crossed the chasm’. It’s not just classic early adopters who are getting involved. People from across the adoption spectrum, even technical ‘laggards’, have joined. That’s amazing news. The idea of a data union has and will continue to reach a broad section of the population.

The second element to highlight would be that like the 2019 research, monetary rewards can’t be all that data unions offer. As Wilsome’s Tamsin Bishton and Charlie Peverett rediscovered: ‘Money or financial rewards will not offer enough motivation to overcome that barrier for some people in these groups … Can data unions step up to meet this deeper desire for both value and control?’

Breaking down the user feedback into features that data union operators could deliver on, we found that overall there are likely to be four pillars for success: value, insights, convenience and control. What do these four pillars mean in practice for a data union? Scanning through Pool’s database of 120 data union organisations, we’ve found that many offer one or two of the above propositions but few have nailed all four, thereby delivering something outstanding to the public. Below, we’ve highlighted some of the best examples of what data union members are asking for. 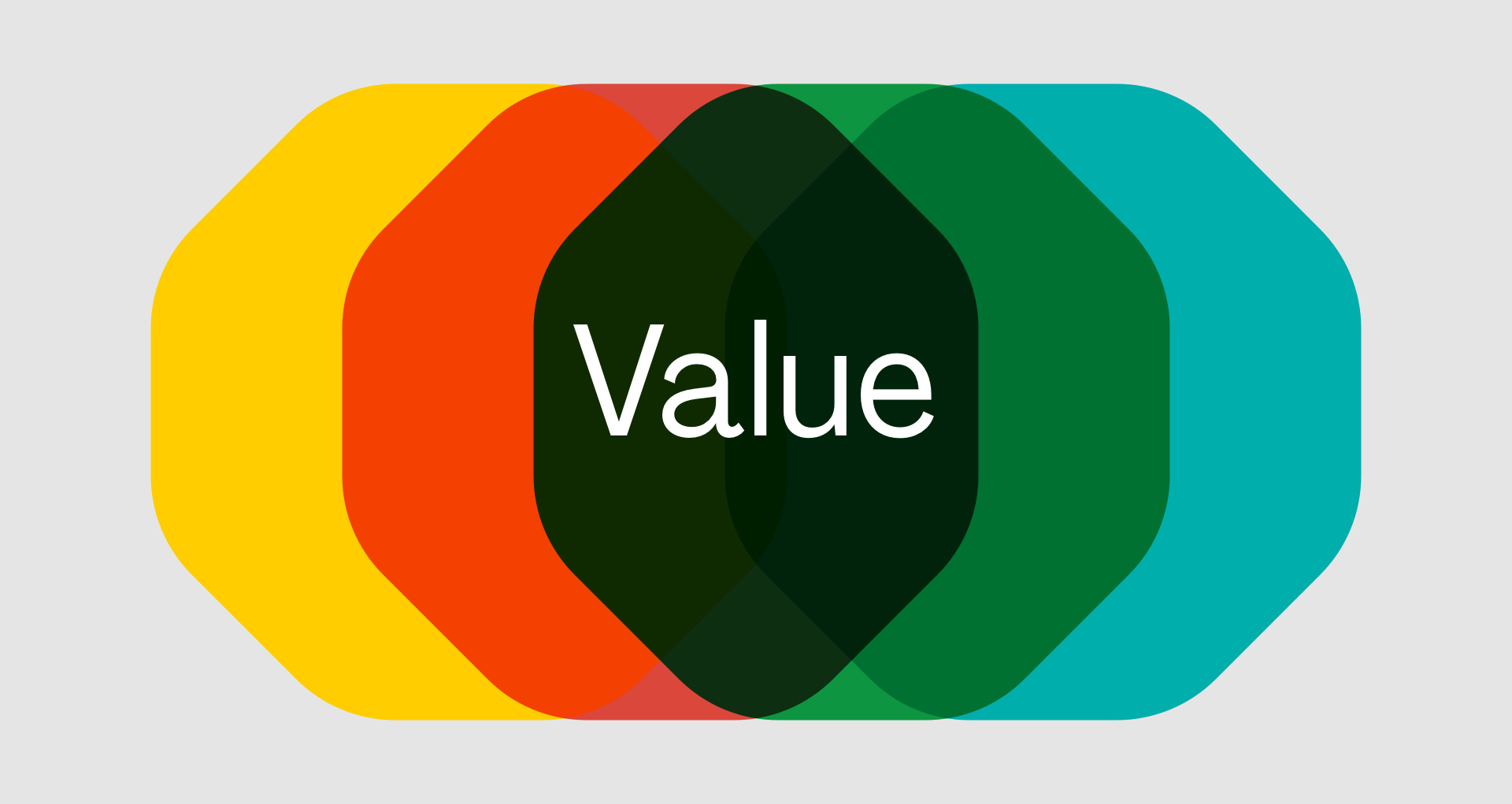 In the data union context, the value proposition often equates to money rewards, and across many data unions you can find complaints about the amounts being too low. As one participant in the research put it: ‘Their business model is to be an intermediary to help grow the data pie and they will give me some peanuts. This is not part of the solution. I reject that.’

On top of that, if a data union’s value prop is going to be centred around money, then those rewards have to be fast, almost instant. Anything less and you’ll create a lot of user churn, and bad reviews on Google Play store. Crypto tokens are of course a great way of getting micropayments instantly to users. (Interestingly, although Gener8 uses Web2 payments, 40% of their users had already traded in crypto).

The second issue is a classic behavioural economics conundrum, which in this case goes like this: giving someone money for their data could make them even unhappier than getting nothing. That sounds irrational, right? We’ve yet to formally pick up this effect in research, but even though data union members are getting money, the monetary value is lower than they think their data should be worth. That creates the negative effect. DU operators need to be incredibly mindful of this ‘irrational’ dynamic.

Web3 tokens, or points systems, are built for overcoming just this. If you create tokens, then a good percentage of that token treasury should be allocated for building your community. But whether tokens or points, reward those early users generously by aligning your rewards with the KPIs you want to focus on. And at the start of the data union journey, there is nothing more important than scaling your membership base.

But value isn’t always measured just in monetary reward. And this brings us to consumer-facing rewards marketplaces. For brands, a data union is a perfect conduit to a new set of users with specific interests. How do you know their interests? The data your members share will tell you! So instead of simply monetising user data, find the right brands to create a double-sided marketplace of rewards, discounts and access to unique goods, whether that’s sports gear or Tesco vouchers. Air miles and supermarket loyalty schemes have been doing this for years. And the results are very lucrative, in some cases more than the original businesses themselves.

Speaking about the development of their marketplace, Sweatcoin founder Oleg Fomenko says that to start with, they brokered deals with smaller companies they believed in and who were also building their brands.

‘With 30,000 [Sweatcoin] users we started talking to small brands that were interested in one or two or three thousand new users for them. We were very lucky. We had an employee who really productised this outreach and helped us to build a very, very strong pitch for brands, which continues to work to this day.’ Sweatcoin now works with over 600 companies who feature on their user-facing marketplace. 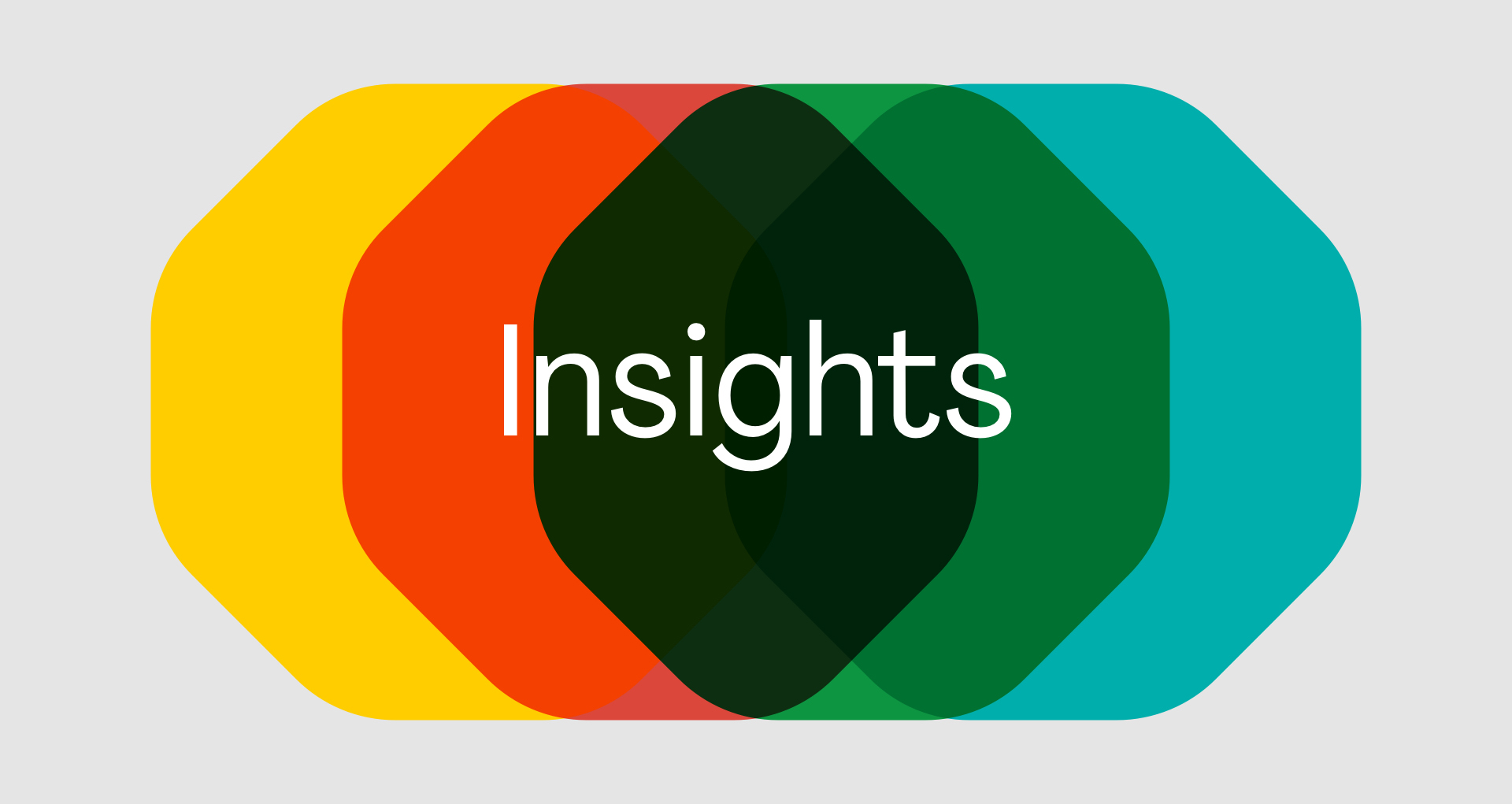 During the research, one participant, ‘Nigel’, told us this story about walking his dog, which pretty much sums up the value of insights. ‘I [am] quite happy with Apple Watch tracking me when I go walk the dog,’ he said, ‘because what it shows me is my weekly and monthly exercise. Walking is all I do these days, so if I can get a benefit of seeing that, that motivates me to carry on … that’s the trade-off of having a relatively accurate insight into my activity, which I can then use to motivate me to do more.’

These insights fall into three categories. The first is those obvious personal insights – information that replays your day or week back to you in a pithy fashion, rather like Apple’s screen time function. There are also benchmarked insights, which tell you something about where you are versus those people around you – eg, I earn 23% more than people my age; or I write 74 emails more a day than the average person. These are insights that analytics companies strive for but users are rarely able to access themselves. Strava, of course, has built an entire business off of just such a model and making the insights socially shareable.

Finally, there’s the raw data itself. For an example of this, Swash, a fairly popular browser plugin data union, has a feature that allows people to view the actual raw clickstream data they are sharing with their data union. Even if most users don’t go on to inspect the raw data themselves, do features like this help build trust through information empowerment?

Another data union that does this well is DIMO, an automotive data union whose insights around vehicles are incredibly interesting to car owners. All of these insights are in fact opportunities to build deeper community connections around the very data you’re asking them to share. Maybe the challenge was stated best by research participant ‘Seb’, who put it like this: ‘Google products are awesome – I love Maps. But you are constantly tracked when you use them. They know more about you than your wife or your parents.’ So how can data unions use the power of insights to flip that around? 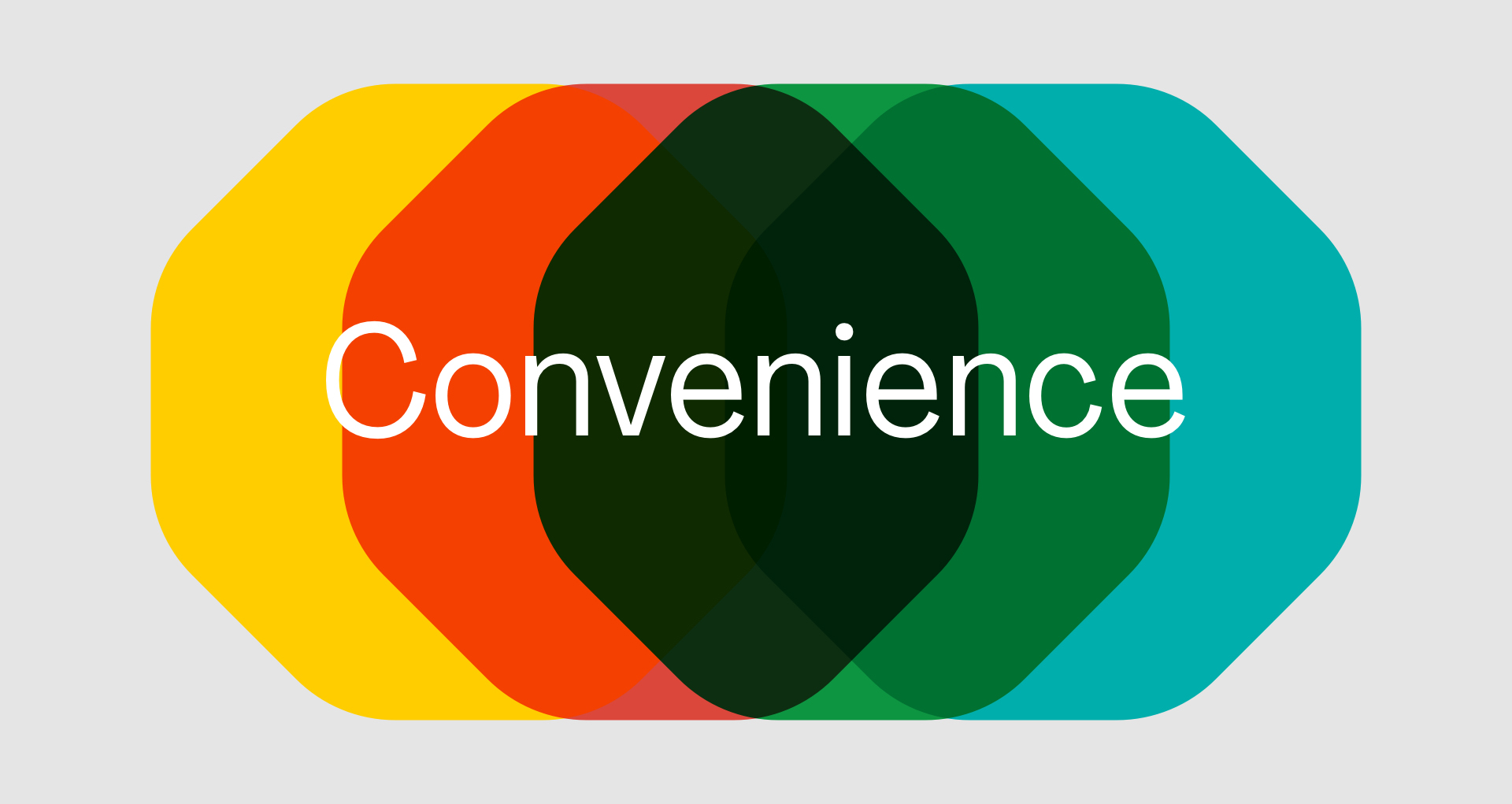 When Dom Wong, co-founder and CEO of data union Pogo, says that members should ‘think of Pogo as your agent in today’s digital world’, he is really nailing the ‘Data Buddy’ concept. But what is convenience specifically worth to data union members? And what could it mean in terms of features? It’s a hard thing to quantify but one example is Honey, the discounting browser plugin that sold to PayPal for $4bn in 2019. Honey made it incredibly easy to find digital discounts as you surfed the internet. Pogo, who recently raised just shy of $15m, is taking that one step further by alerting their members to rewards as they walk and drive from location to location.

The old Benjamin Franklin aphorism ‘time is money’ tells us there is plenty of crossover with value here. As one user who Pogo quoted said: ‘Pogo has to be one of the easiest apps I’ve ever used in my life. One day, it actually helped me with my car insurance … and it literally saved my family, no joke, $3,000.’

What other ideas are there for providing data union members with convenience? Storing historical data is itself incredibly convenient, if of course data can be put to good use. Imagine data unions helping members store the data they are already sharing so it can be retrieved and shared again with third parties to offer services like insurance, healthcare, filing expenses, or tailored AI services that are yet to be invested. 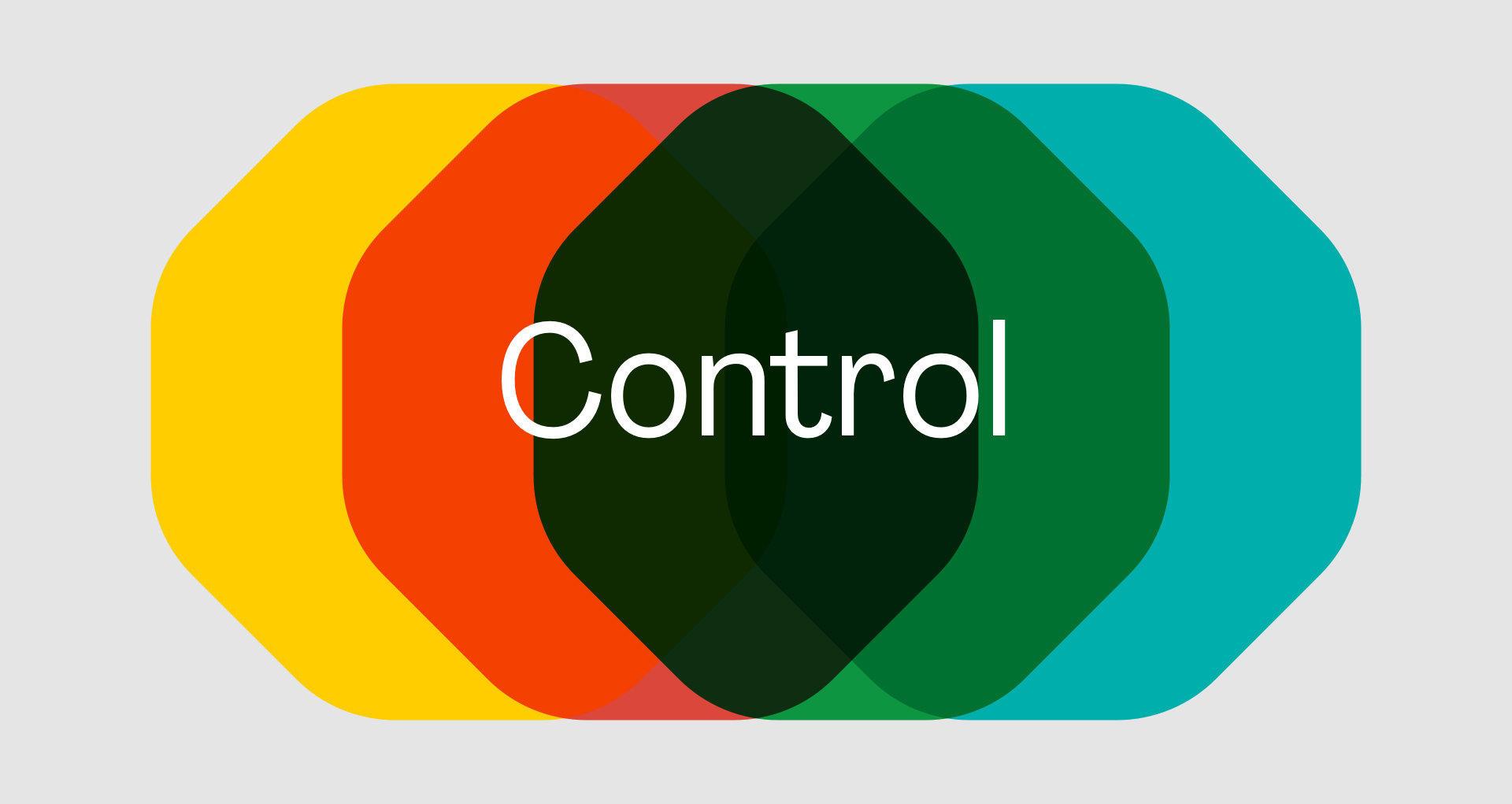 The fourth and final pillar – control – is one of the hardest to featurise. One great example of this is Swash’s data delay tab and masking features, which allow members to block specific sites they visit from being shared with the data union or simply delays transmission of data so users of the app can delete anything they don’t want shared before it is sent.

But controlling what you share through the app is one thing. Gener8 has widened that proposition further. They have a privacy mode that blocks others from viewing your data. And like Google does, data unions could also help to look out for data or password misuse on the internet. They could potentially even work together with organisations like the Data Dividend Project, which sues for data misuse in the courts and returns those settlements back to users. And in Europe, data union apps could easily automate the sending of requests to Google or Facebook, ensuring they delete a user’s historical data.

DUs will undoubtedly become the base layer of the new data economy. The EU wants to see it work, and the research backed by insights from real-world use shows that the potential is there to broaden this out to hundreds of millions of people. To achieve that, DUs need to expand their member propositions. It’s clear from scanning the nascent ecosystem that a set of best-in-class data unions is already appearing, staffed by gifted teams, companies like Ozone, Unbanx and Solipay, who will doubtless further their member benefits. If they can build a community of data sharers by delivering value, insights, convenience and control from data, the rewards for all will be huge.